T.O. 01-125-2 Erection and Maintenance Instructions for AT-17 Series and UC-78 Series - British Models Crane I and IA

The AT-19 was the military version of the Stinson Reliant, a popular light aircraft design from the '30. I have a particular interest in illustrated parts catalogs as they allow us to explore visually the aircraft construction. This particular manual was printed in 1944 and has 228 pages

AN 01-70AC-2 Erection and Maintenance Instructions for PT-13D, N2S-5 Airplanes

There is no need to introduce the PT-13 Stearman Kaydet. These popular trainer aircraft are still flying today in large numbers. This manual replaces the previous version of the AN 01-70-AC-2 which was incomplete. 148 pages, printed in 1944.

The S205 was designed in Italy by SIAI Marchetti in the mid sixties. It was a light all-metal aircraft and around 620 were built. 65 fuselages were transported to the USA to be assembled by the Waco Aircraft Company.  The two manuals added to the library are the parts catalog and the service manual. They were produced by SIAI for Waco.

One interesting read is this the handbook for aircraft accident investigators. It is extremely instructive and can, to my opinion, prevent accidents by casting a light on the different potential problems. 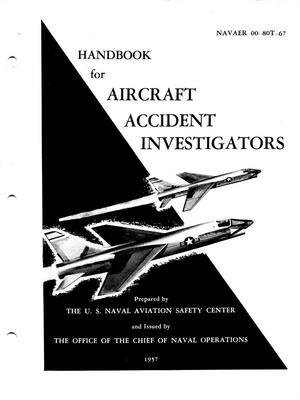 For amateur historians, two years of Shell Aviation News(1937 and 1938)  have been added: