One modified Lancaster X (FM209), built by Avro Canada, renamed Lancaster O, has his two outboard Merlin engines replaced with the Orenda. The new aircraft took to the sky on July, 10th 1950. Avro Canada test pilots had much fun flying the aircraft across Lake Ontario to the Buffalo, New York area, where they were able to easily outperform the P-47 Thunderbolts of the Air National Guard that were sent to investigate. More than 500 hours were logged with this testbed until it was destroyed in a hangar fire on 24 July 1956. The TR5 Orenda engine was used on the CF-100 and the Canadair Sabre.

In this topic: Avro Lancaster manuals

Starting this month, Avialogs will publish revisited photos from the past, enhanced and colorized.
- Join Avialogs -
Colorization and image processing by Benoit de Mulder 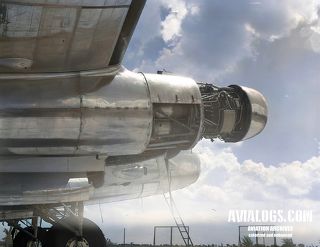 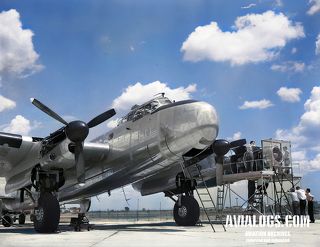 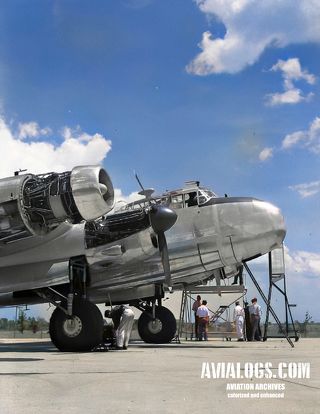 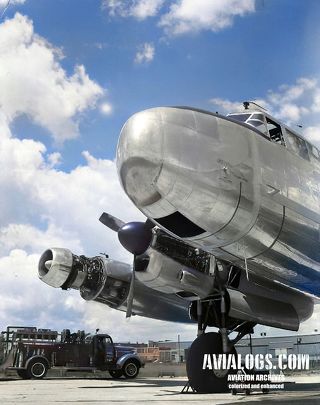 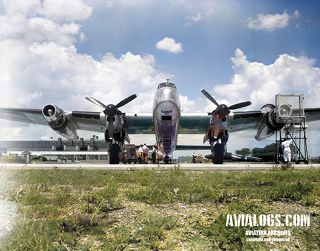 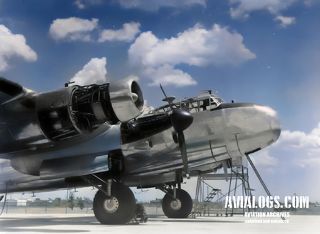 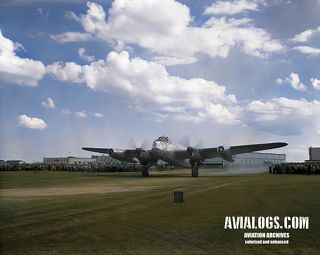 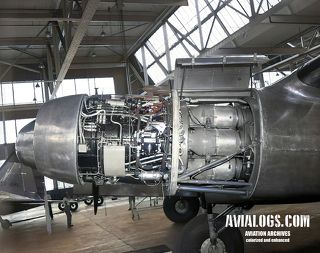 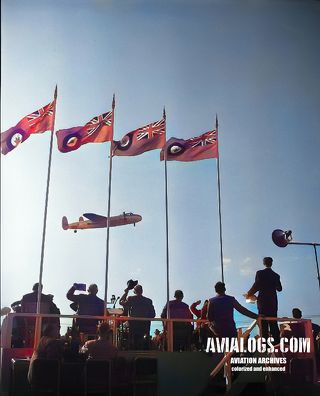 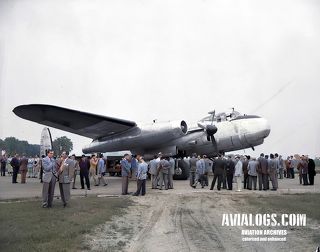 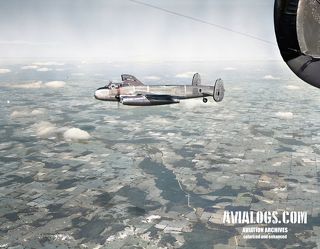 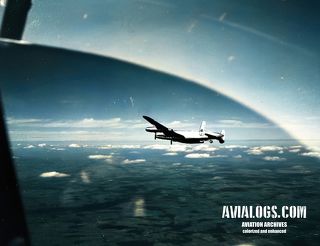 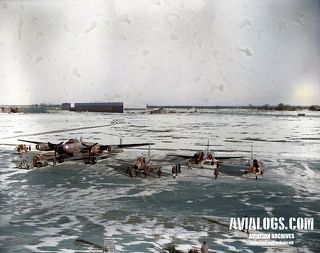 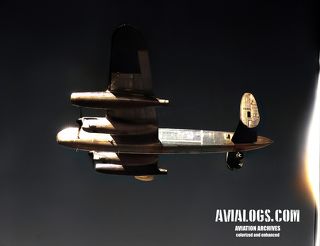 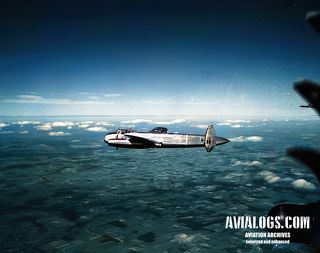