The Stinson Aircraft Company was founded in Dayton, Ohio, in 1920 by aviator Edward “Eddie” Stinson, brother to Katherine Stinson. After five years of business ventures, Stinson made Detroit, Michigan the focus for his future flying endeavors. Stinson found Detroit's business community receptive to his plans. A group of local businessmen — the Detroit Board of Commerce's Aviation Committee — supported Stinson's plans to establish the Stinson Aircraft Syndicate in 1925 at a site southwest of Detroit, where today's Detroit Metropolitan Wayne County Airport is located, and provided $25,000 to develop a new monoplane; the SM-1 Detroiter made its first flight on January 25, 1926, and became an overnight success that enabled Stinson to quickly assemble $150,000 in public capital to incorporate the Stinson Aircraft Corporation on May 4, 1926. Always an aviator at heart, Eddie Stinson was still flying as a stunt pilot, earning $100,000 a year for his efforts — a huge sum in those days. Stinson Aircraft Corporation sold 10 SM-1 Detroiters in 1926. Business was steadily increasing, and Stinson delivered 121 aircraft in 1929.
Automobile mogul Errett Lobban (E.L.) Cord acquired 60 percent of Stinson's stock in September 1929, and his Cord Corporation provided additional investment capital to permit Stinson to sell its aircraft at a competitive price while still pursuing new designs. At the height of the Depression in 1930, Stinson offered six aircraft models, ranging from the four-seat Junior to the Stinson 6000 trimotor airliner.
Eddie Stinson did not live to enjoy the success of his company. He died in an air crash in Chicago, Illinois on January 26, 1932, while on a sales trip. At the time of his death at age 38, Stinson had acquired more than 16,000 hours of flight time — more than any other pilot at the time.
The Stinson name did not last much past the end of World War II. Eddie Stinson's death accelerated the assimilation of Stinson Aircraft Corporation into larger corporate entities: first by Cord Corporation, then by Aviation Corporation (AVCO), and later by Consolidated Vultee.[1] By 1950 the Stinson company was sold to the Piper Aircraft Corporation, which continued to produce 108s for a limited time. Piper transformed an original Stinson design (the "Twin Stinson") into the successful Piper Apache, the world's first general aviation all-metal twin engine modern aircraft. 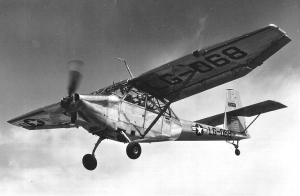 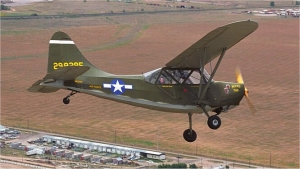 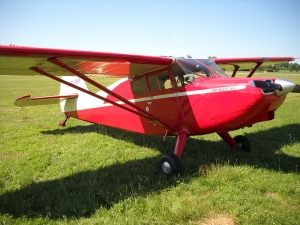 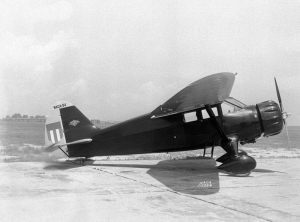 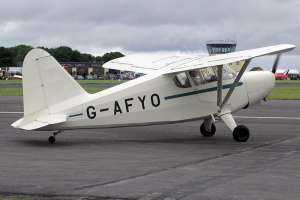